A frame that hangs in the Tormis house in Cebu City summarizes Antonio Abad Tormis’ life as a journalist who died for his cause: “To remind a free people that the price of their freedom is the blood of martyrs.”

It is the Elijah Parish Lovejoy Award, given by the Department of Journalism of the Southern Illinois University after Antonio died from an assassin’s bullet on July 3, 1961.

His wife, Lux, 89, had constantly pleaded with her husband to take it easy on his campaign against corrupt government officials. She told him his exposés could cost him his life.

“The hell do I care, as long as I can expose the anomalies of these people,” Lux quoted her husband as saying.  “Isog, way lipudlipod (he was hard-hitting. He did not pull his punches),” she said. Antonio was exposing the anomalies at the Treasurer’s Office of Cebu City Hall when he was murdered. The gunman and the mastermind, the city treasurer, were arrested, tried and convicted. This is considered the only authentic case of a local journalist killed for what he wrote.

Antonio’s brand of public service went beyond his job as journalist. As a lawyer, he offered free legal services to the poor, mostly listeners of his radio program, and defended them like they were paying clients. His house on Urgello St. doubled as a dole-out center where he distributed rice and other goods to the poor.

He saw working for government as conflicting with his work as journalist so he turned down offers to hold government posts, including an offer to be the city’s assistant fiscal.

He worked for dyRC and Republic News and taught at a local college. Not content with writing for a local audience, he also wrote articles for national publications. News clippings kept by his family show the fearless journalist fiercely attacking government policies that exploited the poor. He was particularly passionate against gambling, especially slot machines and the jackpot.

In the end, it was his life that he gambled in the service of others. 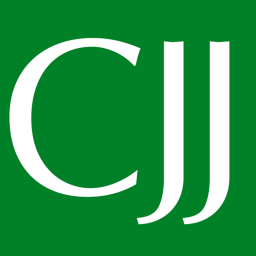